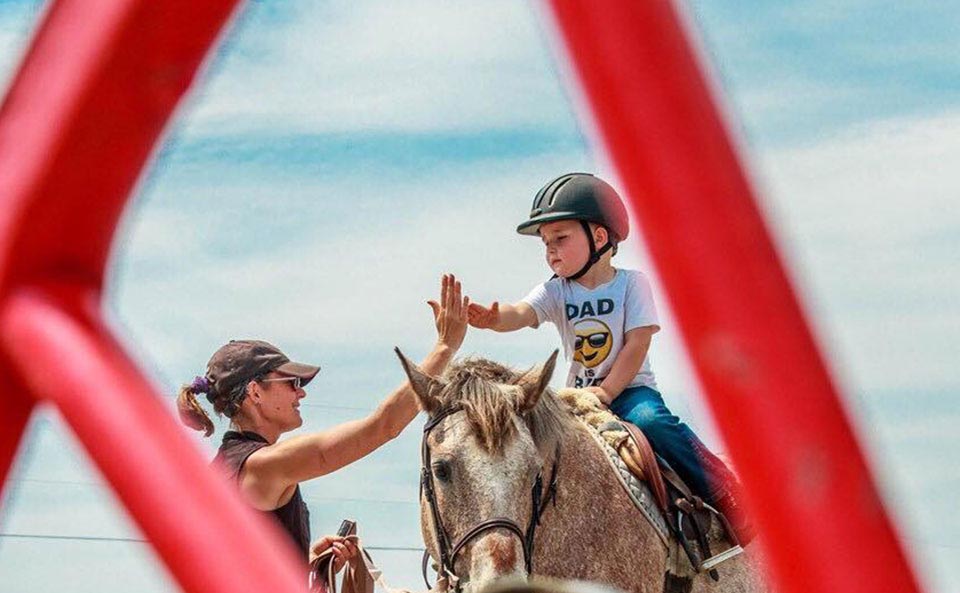 Reaching Strides Equestrian Centre started off as a young girls dream. Nadine Bollig owner/coach/trainer had a horse obsession since she met her first Horse as a young child and took every opportunity possible to get near them. Born in Germany it was a bit tough at that point in time to get involved with horses. There was not a lot of lesson programs where she lived but lots of breeding facilities to visit to at least get her horse fix. Then at age 9 her entire family up and moved to Canada. Upon arrival it took a couple months and her dreams became a reality as she was booked into her first riding lesson at Fairwind Farm Equestrian Centre. Within a year she had her first horse, a then five year old Appaloosa named Sassy. Nadine’s sister, Michele, also got involved and they then bought another pony and two more horses for her parents who also decided to take lessons a couple of years later. The family moved to a new farm with more acreage in Ohio, Antigonish County. Nadine started to train horses at age 15 and never looked back. It quickly became obvious that she had a natural talent and feel for horse training and she did everything she could to learn more and more about her passion. She worked at a few stables and decided that the horse life was for her. So she moved back home and her parents decided to give her a hand and Reaching Strides was established in 2000. Starting off under the name Ohio Lake Equestrian Centre, the family was all involved in some aspect of the business with Nadine actually running the business side and parents helping out with building of the necessary structures, cleaning stalls, maintenance, etc. The business did fantastic and was quickly popular for the well trained school horses, and noticed for the great riders that were produced. Nadine’s natural horsemanship training program soon became known province wide for its effectiveness and excellent results especially her abilities turning horses around that were deemed by other trainers as problem horses that were untrainable.

Sadly in 2003 the business would encounter its first hardship as Nadine’s mom had a stroke which left her paralyzed on the right side. Soon to follow her parents had lots of troubles and then there was a divorce. So Ohio Lake became Reaching Strides as 23 year old Nadine was left to hold things together and kept working to keep the business on its feet. Although it was tough at first being saddled with the full responsibility she refused to give up on her dream and did all she could to keep things running. Business soon picked up again and RSEC was even more successful.

In 2011 Nadine met her now fiancé, Robert, who lived in Port Hood, Cape Breton. It was quickly obvious that the relationship was going places so the decision was made to move the business to Port Hood where she would begin from the ground up once again. There was nothing in place aside from some fencing and a tiny barn. So work soon started in summer of that year to fence the rest of the property, erect a few run in shelters, haul in a tractor trailer for s tack room and put in an outdoor ring. A big change from a 20 stall barn and indoor arena. But lo and behold by November of that year all 30 horses were moved and business commenced in the new location. Community support was unbelievable and RSEC Port Hood soon became even more successful then it had been prior to the move. Every season the business has excelled and increased and continues to be successful. In spring of 2016 RSEC won a business grant from ADP and we started working on a new barn. In winter of 2017 we moved into that new barn. Every year we work on new improvements and new structures to make RSEC as successful as possible. Our stable continues to be known around the Maritimes for our quiet, well trained horses and for our competition riders that dominate in their sport. We have riders that excel in many disciplines and our riding camps and training program are recognized as one of the best in the province. RSEC is a family of it’s own and that is what makes us so great!!!!

2020 marks our 20th year in business and even though RSEC has had some tough moments in its years we have survived and continue to strive to excel. That little girls dream turned into reality and she continues to strive to make a difference in people’s and horses lives. Sassy, that very first Horse, continues to teach young riders what that love for horses is all about! And Nadine continues to help people nurture their own horsey dreams. The biggest lesson from all this is to dream and dream big. Live your life to follow that dream and never give up. No matter what the future holds, we are ready to continue and will keep working toward that indoor arena. 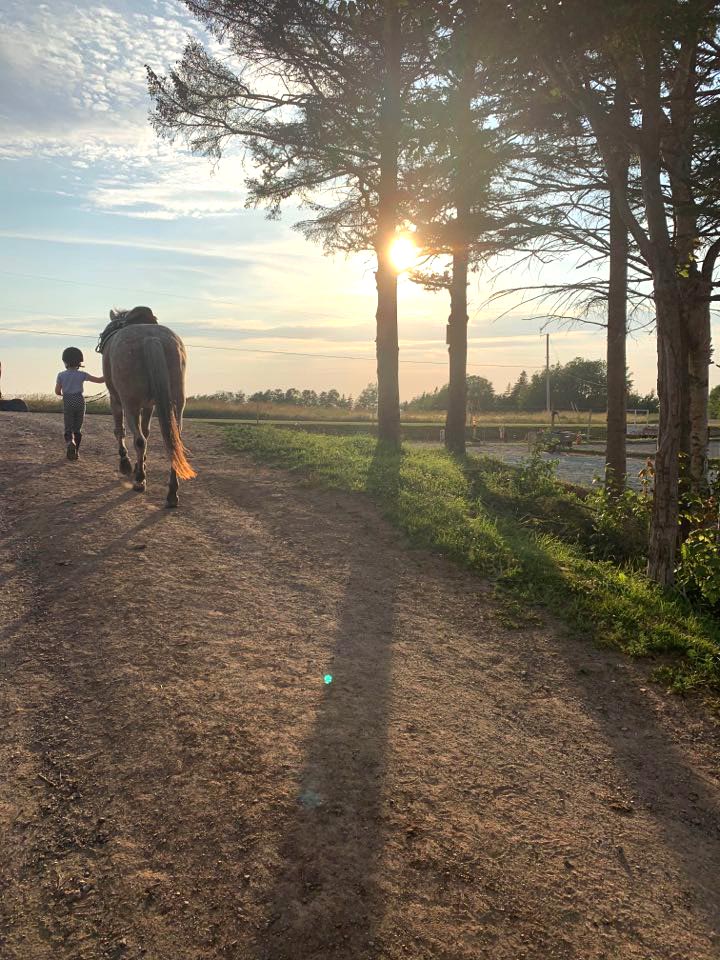